Gluten-Free; Safe, Unsafe and By Whose Standards

miglutenfreegal
For how you eat 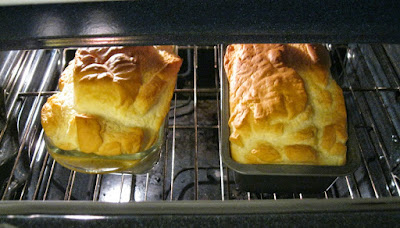 So you've been diagnosed with Celiac Disease and your doctor has told you to stay away from gluten. Maybe all they told you was to stay away from bread. Maybe they referred you to a dietitian. Maybe they gave you a piece of paper and wished you the best. Either way, you still feel a bit lost in knowing what to eat. Let's see if we can clear up some of your gluten-free guesswork.

So what do you absolutely need to stop eating? Wheat, rye, barley and all of their offspring. Sometimes oats. Wheat has many different names, such as spelt, graham, couscous, seitan and many more. You also need to stay away from malt, because it's derived from barley. And just for reference, the U.S. doesn't allow "gluten-free barley." (This has recently been engineered in another country and the research isn't all back on it yet.) Of course, this also means that regular beer is out. The science is still out on gluten-removed beers as well, so I tell people to stay as far away from that as possible. 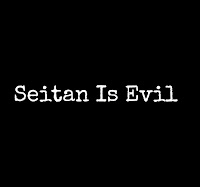 Gluten is stealthy. It hides in all sorts of places that you wouldn't even imagine. Soy sauce. Twizzlers. Potato Chips. Taco Seasoning. It's also in things that you may not think of, because you don't know how they're prepared. Crab cakes. Meatloaf. Cheeses made from bread mold. You need to check your medications as well, both prescription and over-the-counter. Even though gluten cannot penetrate the skin, we should still check lotions or anything that could come into contact with our mouths. It's important to make sure your lipstick is gluten-free too.

A word about oats. Most doctors will tell those who are newly diagnosed to stay away from oats for at least a year after diagnosis. Oats in and of themselves do not contain gluten. BUT, they are often grown in fields and harvested with wheat. It's practically impossible to separate wheat grains from oat grains, not to mention the dust and particulate matter. Many experts and advocates will strongly encourage anyone with Celiac Disease to only eat PURE uncontaminated oats. (Oats grown separate from wheat.) Recently manufacturers have started to do mechanical, optical sorting of oats to pick out any wheat, barley or rye grains. Manufacturers using this method include General Mills, who make Cheerios and Lucky Charms. This is a touchy issue in the Celiac Disease community. I myself am one of the lucky few that still can't tolerate even pure oats. Some, like me, react to the avenin in oats, an amino acid sequence that is similar to gluten. So, I generally try to stay out of the issue because I realize I'm not participating in consuming oats. That being said, I think it's always worth the money to spend more on businesses that go the extra step to keep you safe. 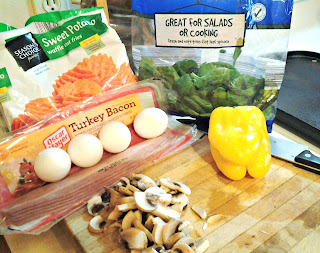 So now that we've talked about what you can't have, let's focus on what you CAN have. Fresh fruits, vegetables, meats (preferably lean), dairy*, and lots of other things. Remember, gluten is only found in grains, so anything that's not a grain is fair game! I think one of the biggest challenges in this medically necessary diet is to make the mental switch of focusing on all the food you can eat, and not on what you can't. It's about learning to substitute the no-no's with the "sure, go ahead!" We can have grains like rice, corn, quinoa, amaranth, millet and teff. We can also eat buckwheat, which is actually a relative of rhubarb and has no connection to "wheat" at all. There many gluten-free pastas made with these grains that you can use in any of your previous pasta dishes. Use corn tortillas instead of flour tortillas. Substitute a potato for grains in your dinner. This is your chance to get creative in the kitchen. There might be some failures, but every taste pallet is different. Find what works for you!

(*A word about dairy - the villi that process lactose are often destroyed in those who are newly diagnosed with Celiac Disease. Once the gut heals, those villi grow back. Sometimes doctors will direct those newly diagnosed to stay away from dairy for the first few months.)

A quick word about cross-contact. This means having gluten-free items come in contact with gluten containing grains. This doesn't just happen in the manufacturng process. If you're the only gluten-free eater in a gluten full home, it can happen in your house too. Most experts will agree that you should get a new dedicated toaster and a new dedicated colander after your diagnosis. Some will say you need to get new pots, spoons, and every other kitchen cookware. I'm more in the new "toaster and colander" camp. Cast-iron cookware and baking stones can be problematic, so those may need to be replaced.

Cross-contact comes into play when using condiments as well. Gluten-containing crumbs can find their way back into butter dishes, jam jars, peanut butter containers, and much more. Those who are the only GF eaters in the house often find it easier to have their own condiment containers.

Who Makes the Rules?

It's one thing to know what grains contain gluten. It's another thing to claim that something is gluten-free. Up until a few years ago, there wasn't an agreed on definition of what "gluten-free" meant. In 2014, the FDA officially defined "gluten-free" as containing less than 20 PPM of gluten in a given product. This was important as manufacturers prior to this ruling could have labeled an item as GF without having to adhere to a definition. How did they come up with 20 PPM? It was based on research done by Dr. Alessio Fasano and other leading Celiac Disease doctors. This definition only applies to manufactured products, and not eating establishments or bakeries.

The trick about the FDA ruling is that producers don't have to verify with the government that their product actually tests below 20 PPM before they print that on packaging. This is where third-party certifying organizations have stepped in to try to protect the Celiac Disease population. GFCO, CSA, Beyond Celiac (formerly NFCA) and NSF all have certification seals.

These certifications are especially helpful when products are made in facilities that may also produce wheat products. "May contain" statements are not regulated by the FDA, and can be incredibly confusing. To learn more about the issue of "may contain" statements, watch Tricia Thompson's informational videos on her site, Gluten Free Watchdog.

This is a lot of information to digest, and it's probably overwhelming. I've been diagnosed for over a decade and I learn new things all the time. If you're newly diagnosed, you might feel like eating at home for a while. There are other resources that can help you in making choices on eating out, but I'm saving that for another day. In the meantime, fall in love with your kitchen again, take a deep breath, and enjoy the bounty of naturally gluten-free foods you can eat in abundance!

This article is part of a series on Celiac Disease and gluten-free living basics. Others include:

Eating Outside of the Home and Other Resources

Not All Celiacs Are Skinny