Everyone knows that living gluten free isn't the cheapest thing in the world. That being said, I am notorious for buying items that are on clearance. Recently I found a box of Bloomfield Farms Gluten Free pizza dough mix on clearance at my local Kroger and decided to purchase it.

The product in the box was enough to make 2 pizza crusts, and there were 2 recipes on the back of the box- one with and one without yeast. I made one of each.

I used the non-yeast crust to make an appetizer veggie pizza for our family Christmas party. I pressed the dough into my jelly roll pan. With this pan I can get 35 2 inch square servings.
Everyone in the family thought it was a huge hit. 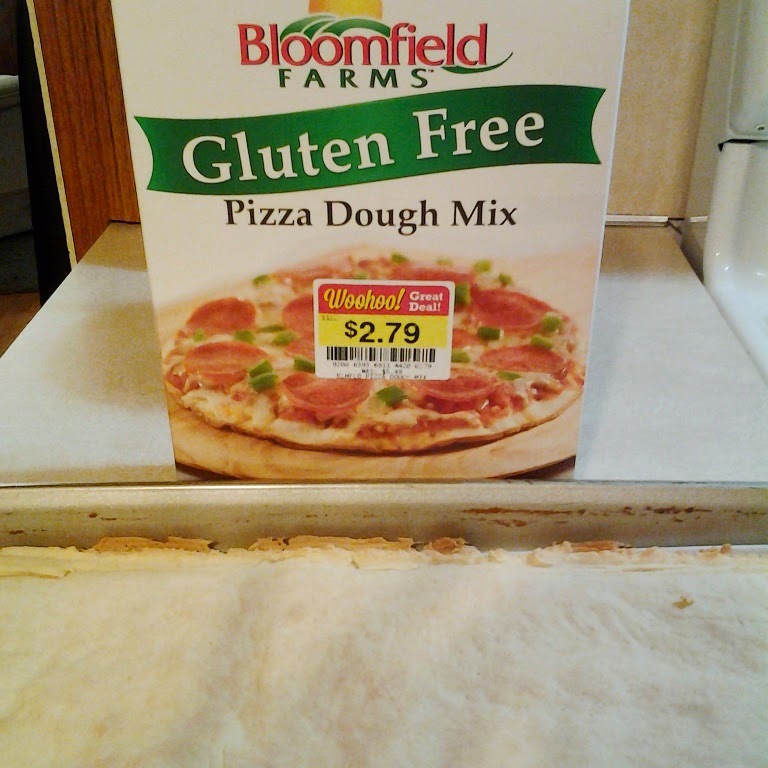 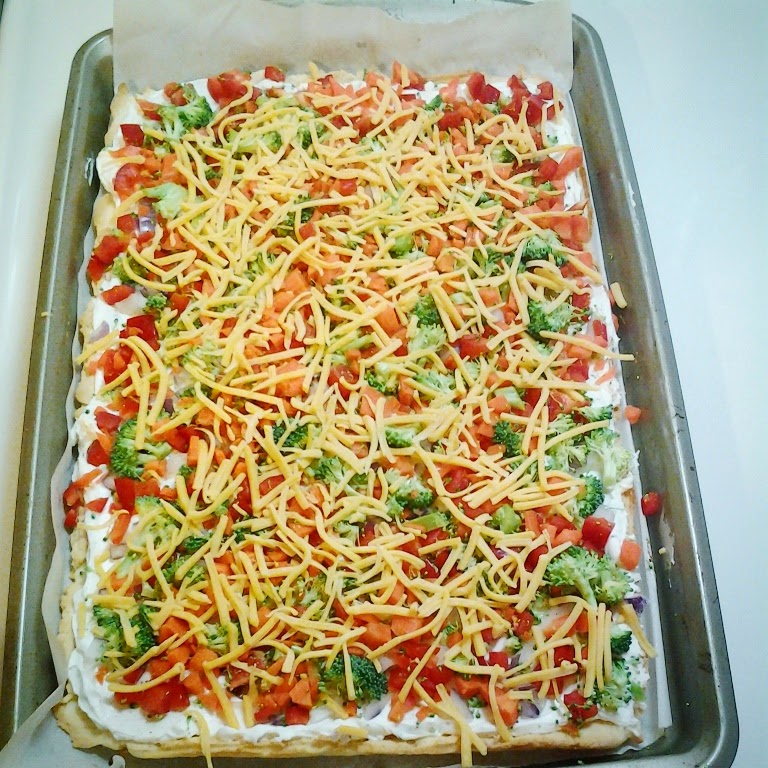 For the second crust WITH the yeast, I made a spinach and artichoke pizza. Our support group was having a pizza party and one of our members is allergic to tomatoes, so I needed to make a pizza from scratch. I've been having some issues with the yeast in our house, so the crust didn't rise anywhere near as high as I wanted it to. That being said, this pizza was AMAZING! The person who must eat tomato free immediately asked what I had used for the crust. I happily showed her the box. :) 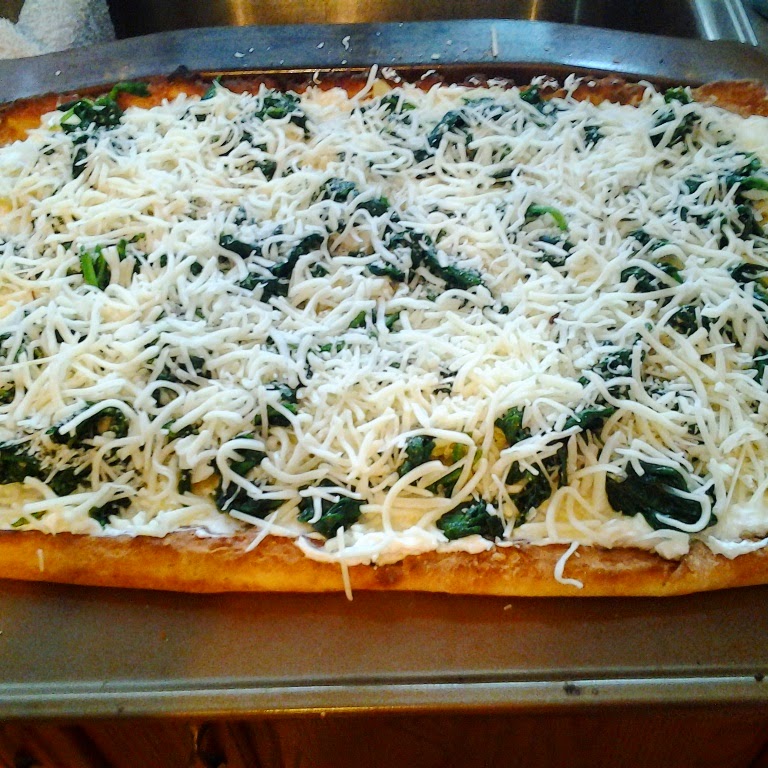 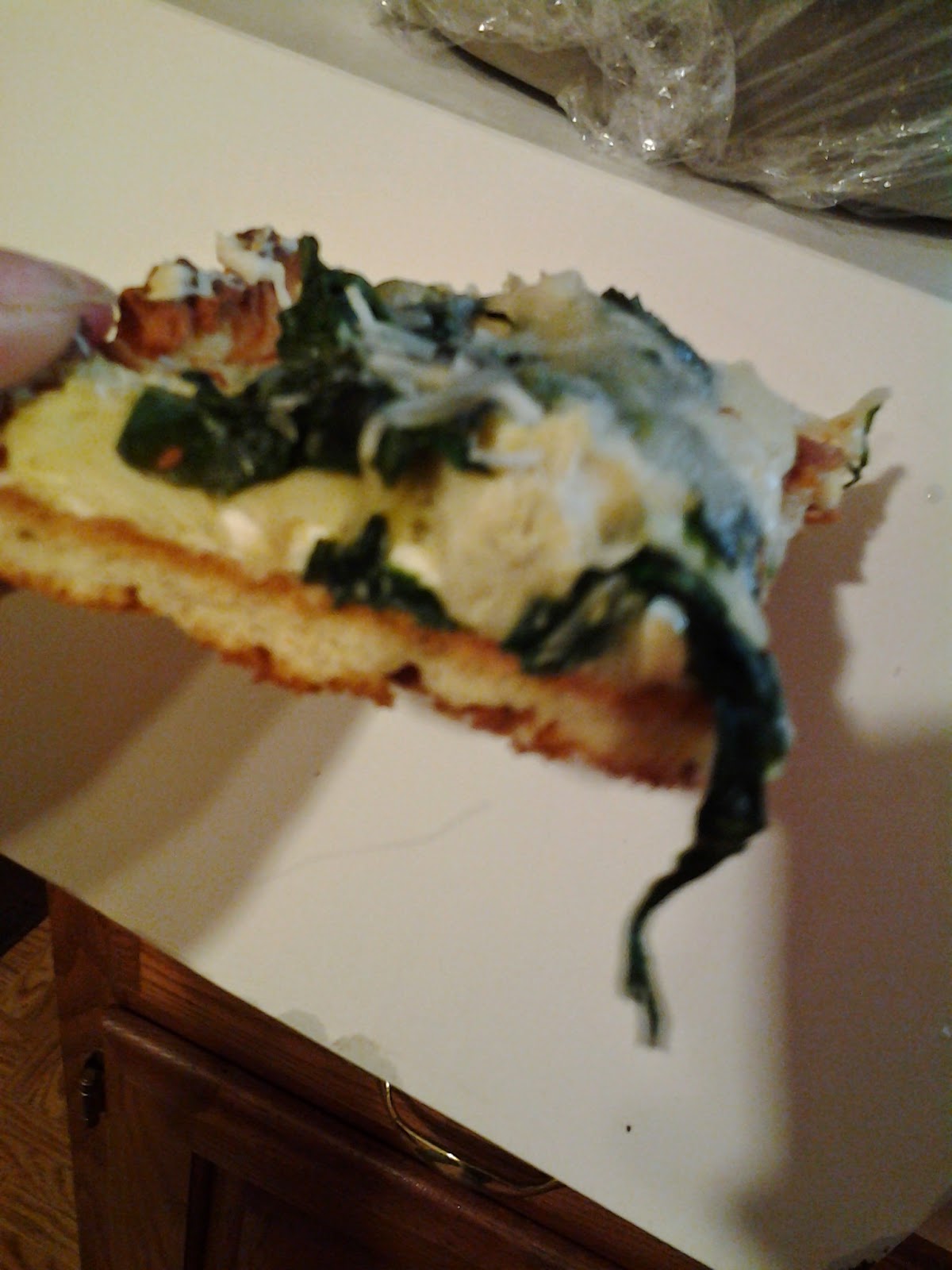 You can find this amazing recipe at Diethood.com. I will say that I used more whipped cream cheese than the recipe called for, but that could be because my crust was larger that what was used in the original recipe. I don't remember how much, I just know that it was a whole large container.

Each time I look at this picture I salivate and wish I had more. SO good!


Their products are GFCO and CSA certified, which means that they have been independently tested at less than 10ppm and 5ppm, respectively. They are also nut free and kosher.

Have you tried any of the other Bloomfield Farms mixes? They can usually be found at HomeGoods stores. You can also purchase their products online at their website. Leave a comment below about which of their products are your favorite!
Tags:
gluten free product review pizza wheat free pizza crust