You know the saying - as American as apple pie. But when you have Celiac Disease, gluten free pie crust can be your nemesis. Truth be told, even if you're not gluten free, making a beautiful homemade pie crust is still a challenge.

Recently, Chebe sent me a package of their mixes to play with. Their main request- make pie. And feeling brash like Barney Stinson, I said "Challenge Accepted."

My first attempts at using the Chebe mix for a pie crust were okay, but not the flaky pie crusts I remembered "pre" gluten free. I blogged about my first attempts here, and asked my readers what they would like to see me make next. And of course, they said apple pie.

The first pies I made with the Chebe seemed dry and hard, so I got out my recipe books and did some internet searches about making traditional pie crusts. The biggest difference I noticed could be summed up in one word - FAT.

Now, one of the great things about Chebe mixes is that they are free of almost all allergens. I'm sure that this is why their recipe calls for oil instead of butter. That being said, a pie needs a solid fat to keep the pie moist. If you are vegan or have an aversion to butter, I would highly suggest using Earth Balance Vegan Buttery Sticks.

And there's a great trick I learned from my friend Linda Fedewa when it comes to making a pie. FREEZE your butter. Yes, freeze your butter. Then grate your butter into the flour and mix it with your fingers.

Don't believe me? Watch Linda make a gluten free pie crust before your eyes in under 5 minutes in this video. I used all of her suggestions when making this pie with the Chebe dough- freeze the butter, use ice water, keep flipping the dough over to prevent it from sticking. It held together beautifully and SO easy to work with. And seriously, watch the video. It's a 4 minute and 30 second baking lesson that's free yet priceless.

I also put the whole ball of dough in my freezer for about 15 minutes. Just enough time to wash the dishes that I just dirtied and to preheat my oven.

Prior to prepping my crust, I did some pie filling research. I had lots of questions, such as What's the best apples for pie filling? (the tarter the better) and how many apples should I use? how much sugar, etc to add?
I finally decided on this recipe from Nicole Hunn, a.k.a. Gluten Free on Shoestring. Her recipe for Gluten Free Apple Pie in a Bag simply fascinated me. I've never heard of baking a pie in a paper bag before, but I was willing to give it a try.

I weighed my ball of dough and it came to approximately 15.5 ounces. My suggestion would be to use 8.5 ounces for the bottom crust and 7 ounces for the top. This is because you need enough crust to go up the sides of the pie dish.

I rolled the bottom crust and put the rest of the dough back in the freezer to chill while I filled the pie with apples and seasoning. Once I did that, I retrieved the remaining dough from the freezer, rolled my top crust, placed my pie in the paper bag, placed the whole thing in the oven, crossed my fingers, and set down to watch Grimm. (An hour well spent!)

Once the pie baked in the bag for an hour, I ripped the bag open and put it back in the oven so the top could brown. And it looked really beautiful. It looked like a non-gf crust. The test would be tasting at our pizza party the next day. 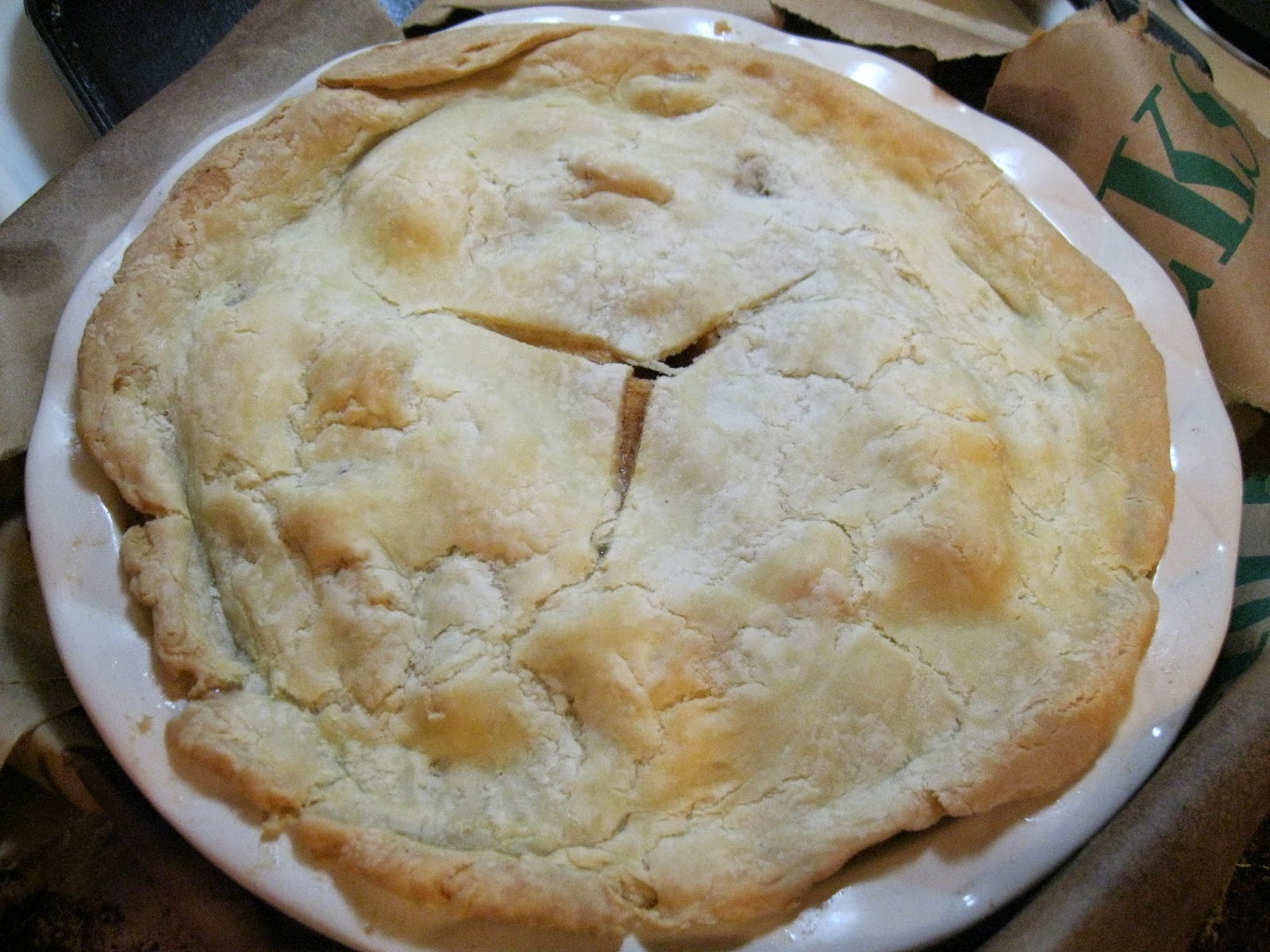 Everyone agreed that the pie was delicious and the crust was wonderful! Some of them had tried my previous pecan pie and all agreed that this pie with the extra butter in the crust made a DRASTIC difference. At the end of the night there was only one small slice left, so I'd say it was a huge hit. 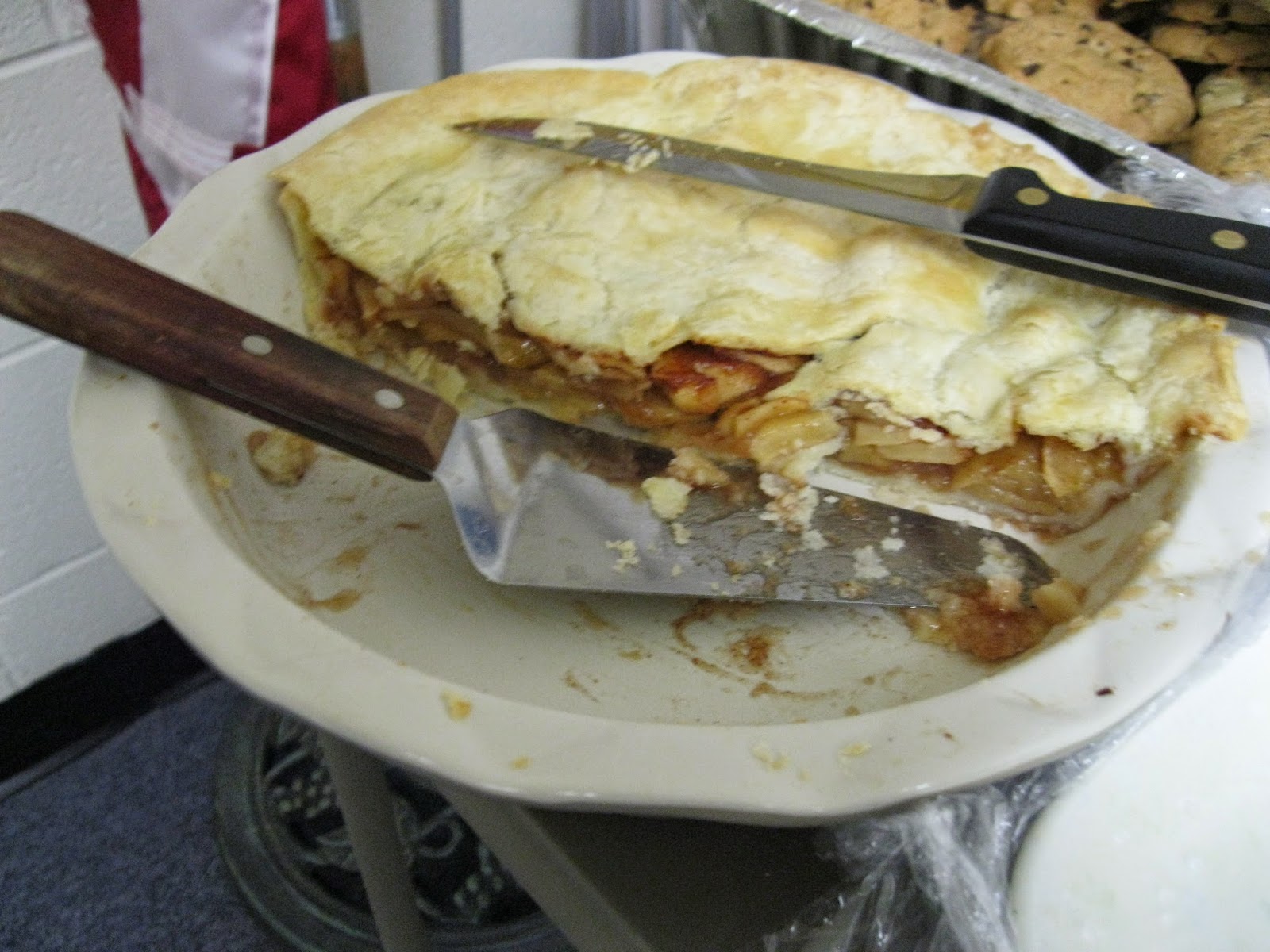 Thanks Jon and Chebe from trusting me to play with your all purpose bread mix. Since this mix makes it so easy to make a pie crust, I think I'll be doing it a LOT more often!
Tags:
gluten free pie Chebe product review

Working with Betty...Betty Crocker that is :-)

Why Should I Go Gluten Free Anyway?