Tips & Stories
Tips, reviews and inspiration from our members to help you thrive on a custom diet

For how you eat Reviews 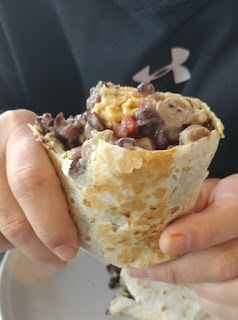 A beach-side cafe with a hipster vibe, Good On Ya Organic serves what its name implies: organic. From the fried eggs, diner-style in the pre-dawn to gluten-free pizzas...
Tags:
restaurant review celiac disease gluten free travel eating out
Continue reading

Every year on our wedding anniversary my husband and I take a trip to celebrate. The parameters for the trip this year included nature, beautiful, and temperate...
Tags:
gluten free travel family travel travel Travel and food allergies
Continue reading

Gluten-Free High Tea in Edinburgh, Scotland aboard the Queen's Yacht!

Have you ever had high tea? It's one of my favorite things to do, ever.  Sadly, most tea shops don't offer many gluten-free options, which means...
Tags:
gluten free gluten-free menu gluten free travel travel
Continue reading

Not a Nut: 3 Self-Care Tips to Make Gluten Free Travel a Blast

Honestly in love with Honest Burgers

Before leaving for my trip to the United Kingdom I researched the best allergy-friendly spots in London where we would be arriving first before our 10-day...
Tags:
gluten free travel Traveling and food allergies nut free gluten free
Continue reading

Traveling with Food Restrictions
Translation cards are essential to your gluten-free travel. These are cards in many languages and they will alert your server about your dietary restrictions. I have...
Tags:
traveling with celiac disease travel tips travel gluten free travel
Continue reading

With summer in full swing, many of us are planning our summer vacations or post-graduation last hurrahs with family and friends. When your stomach starts rumbling or when...
Tags:
gluten free snacks family travel traveling with food allergies gluten free travel
Continue reading

Seven Reasons to Add a Farmers' Market Visit to Your Itinerary

An Allergic Foodie Does NOT Live on Lettuce Alone

Why I Don't Eat Out (Much) Anymore

Prior to my diagnosis with celiac, I was a restaurant and junk food fiend. My favorite food was fried and I would never say no to a dessert or other carb (and gluten) laden treat. So you can imagine my devastation when I found out that basically all of my favorite foods were off limits after finding out I could no longer eat gluten.

Despite feeling like I was given a death sentence by having to go gluten free, I was completely fed up with being in pain all the time and constantly feeling exhausted and bloated. Solely because I wanted to feel better, I dove right into a GF diet. And to my amazement, I felt so much better even within the first week. I vowed that I would never eat gluten again - besides the fact that it was slowly killing me.

After being on the GF diet for a couple months though, I really started to miss eating out. It wasn't just the delicious foods served at restaurants I missed, it was the whole fun and excitement of it. I started looking up restaurants who could accommodate a GF diet and began checking them out. I had a few mishaps with getting glutened, but being not so far from going GF, I suffered the pain and moved on. I had no hesitation to try other restaurants.

Eating gluten free while traveling is always an adventure in itself, and this trip was not really an exception, but it was definitely...
Tags:
celiac disease gluten free travel travel cruise
Continue reading

Eating gluten free while traveling is always an adventure in itself, and this trip was not really an exception, but it was definitely...
Tags:
cruise travel gluten free travel celiac disease vacations royal caribbean
Continue reading

ALLOWS YOU A DIFFICULTY FREE SEXUAL LIFE WITH TADALIS